There’s a lot of it about, mind.

At least all the money is going to a deserving place 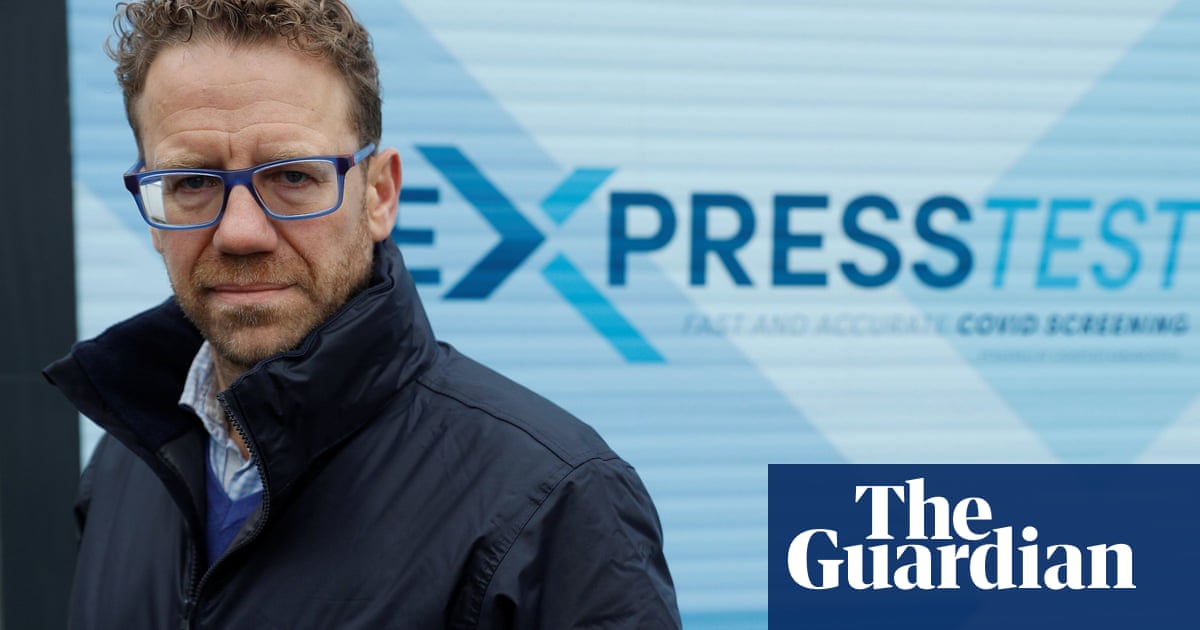 Exclusive: Nick Markham, who co- founded Cignpost Investments during the pandemic, was given a peerage by Liz Truss

I was only really bad for a day or so (and like @Valvebloke I’ve had worse colds) but had terrible brain fog for about a week (quite a bizarre sensation - when it cleared it was like looking back and realising how drunk you were once you sobered up). Still feel tired and a bit wiped out a week on, although it’s getting better and hard to untangle from the tiredness due to the entire family getting sick at the same time - the kids all came down with it on the same day and there was high fevers and vomiting etc…

Glad you are on the mend

That sounds grisly, but good to hear you’re on the mend. Shame the kids felt so poorly.

I felt tired and thick-headed last week but much improved this. The LFTs are still positive, but this week’s lines are fainter than last week’s. All I need now is for my Wordle scores to recover !

Yup, this is exactly how I felt. It was like that feeling of not remembering why you entered a room, but constant and turned up to 11. Felt that way up until the Wednesday and it cleared by Thursday. I probably shouldn’t have worked but the worst of it was not being able to keep up or string a sentence together in meetings.

I tested +ve up until day 11 when I stopped testing.

I read a recent paper that concluded that a minority of people are infectious pre-symptoms but the majority (2/3rd) are infectious after 5 days (and after symptoms resolve), up to day 10. So, the kids are back in school/ nursery but the grandparents won’t touch them with a bargepole until day 11 as they are still +ve. I looked into it because we were trying to figure out childcare for the strikes and was curious if that was overcautious or fair enough. Funny times…

Likewise glad you are on the mend and hope @MrKettle recovers soon.

I think I read somewhere that the antigen LFTs may still show +ve at the end of an infection despite almost all subjects being beyond shedding any significant amount of viable virus. The 10-day limit was based on it being the point by which the shedding of viable virus has pretty much ceased.

Then again there was the case of the immuno-compromised patient in hospital who eventually died after having had a continuing SARS-Cov2 infection for something like 100 days. They highlighted cases like that as ways in which treatment-resistant variants of the virus might evolve.

Little victory. I’ve been giving myself a daily injection of Fragmin, a blood thinner since I had a pulmonary embolism last year. I don’t mind injections but the Fragmin stings like fuck. Today I started on Apixaban as an alternative blood thinner. This is in table form so no more injections.

A table you say, that’s a good ole chew then.

Yep. This and the news that my liver tumour has shrunk from 45mm in diameter to 40mm means we’ve had a very good week.

No stingy bastard injections has cheered me up no end though.

That’s the spirit, give it hell!

Smack it with the table

We keep saying that to @stu

That’ll be the Guinness

So, first negative test this morning - Day 13 since the full onset of symptoms, Day 12 since my first test. Hurrah !

To be fair, the T line was hair-thin and quite faint two days ago and hair-thin and very faint yesterday, so maybe they were just leftover wreckage from the infection. Symtpoms pretty much cleared 6 days ago.

I had a follow up scan on 9th Jan for the diverticulitis I suffered from when I returned home in September.

I’ve just had a call from the consultant’s secretary to say he wants to see me on Thursday to “discuss the results” I asked what the issue was but she just said she doesn’t know and I will have to wait until I see the consultant on the day.