Can anyone recommend some small speakers to go with a Unitiqute I’ve bought for the bedroom. It’s an old mk1 so they don’t have to be super duper. Am using the Snell K’s at the moment but they are too big.

I used a pair of Monitor Audio Bronze with a UQ in the kitchen for years. They cost bugger all in the Richer Sounds sale and only required to have a once a year wipe down to maintain the standard. If money was no object then Neat Petites or Iotas are likely to be excellent Chris. Similarly Naim n-Sats will be good particularly if you are using them close to a wall.

AE Radiance 1. Using them as my mains at the moment and they a rather decent.

Had some of those about 7 years ago and remember them being good but probably a bit big for what I need.

Liked the n-sats I had and have never tried any of the smaller Neats, had some Elite Se years ago with naim and they were great.

I heard a pair a couple of weeks ago. Quite decent.

The Q-Acoustics 3020 I bought for my daughter are great

They’re really well made and as a nice touch they come with port bungs if you want to put them hard up against a wall.

I have some ex display Heco Aleva 200 (piano black) which look pretty, sound fine and are reasonably small.

ProAc’s are great, but a little spendy really. I have some Tablette Sig 8s and they throw out detail. They can be yours for £400.

Not a fan of MA or Neats, too bright.

The requirement for a bedroom system is can sound great at low volume generally, with some sort of attempt at bass and a smooth sound.

Cheap would be some small Mordaunt Shorts like the MS10 or maybe some early Warfedale Diamonds before they grew in size and became rubbish.

Orig few models of Wharfdale diamonds good shout they are excellent against a wall.
Another one if you can find it Videotone speakers great for bedrooms

Cheers all, just got some Q Acoustics 3020 from Richer Sounds, will give them a try later as I’m putting a new bed together now (will be an absolute disaster)

In and working, have been spoilt by the Snell K’s, they are definitely good value but no Snells 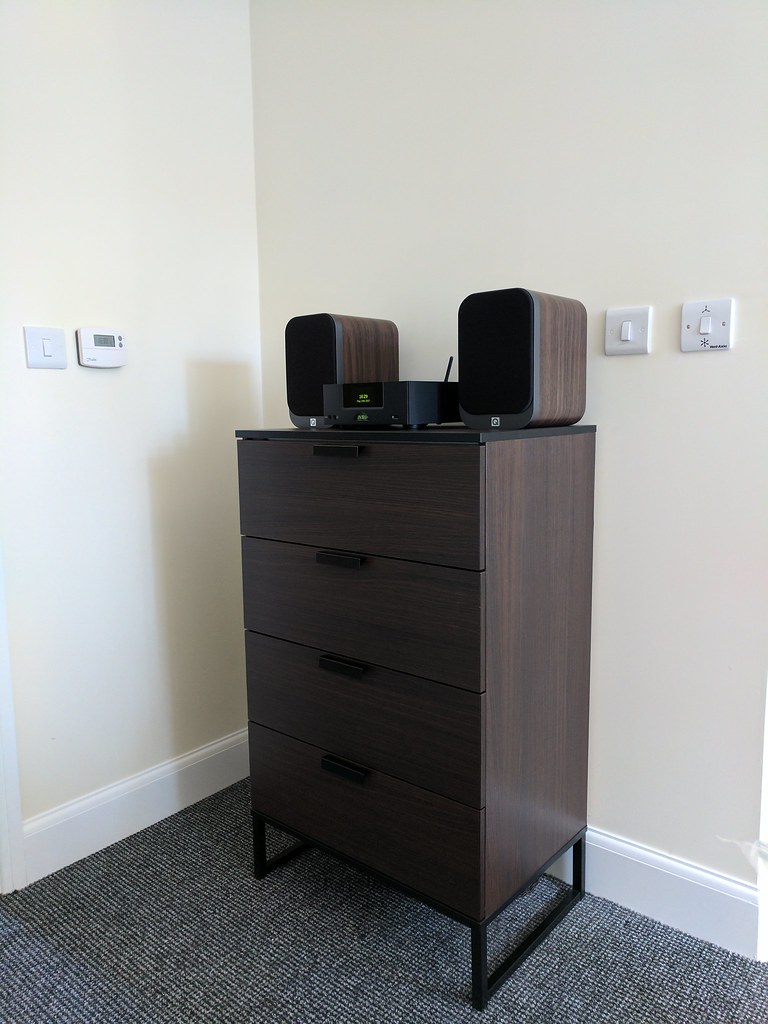 Is that where the Snell’s were placed?

the snells were sat on the floor either side of the drawers, don’t think I could put one of the snells on top.

Probably a slightly unfair comparison then. Also, get 20 hours on the Qs and see what you think. I found them a little thin and forward at first, but they settled down a lot after running in.