This is not mine; raises some good points though.

Im making some progress with my own related campaign however … 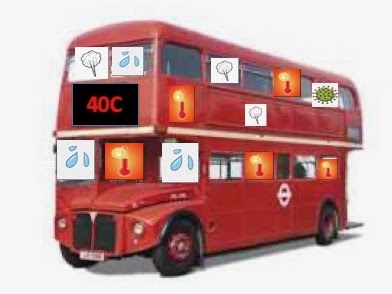 How many 'Red Warnings' do TfL and its Bus Contractors need before London...

Just like last year and recent years before, it's summer in London and it's very hot. But the absence of of any Air Conditioning (A/C) in my...

Was this you Stu @MonitorGold10

It did make me laugh

Took some pictures at the Glasgow Vintage Vehicle Trust Bridgeton Bus Garage open day today. Interesting couple of hours. I’m sure @MonitorGold10 will know a lot more about these lovely old vehicles than me

I didn’t realise Daimler made buses… 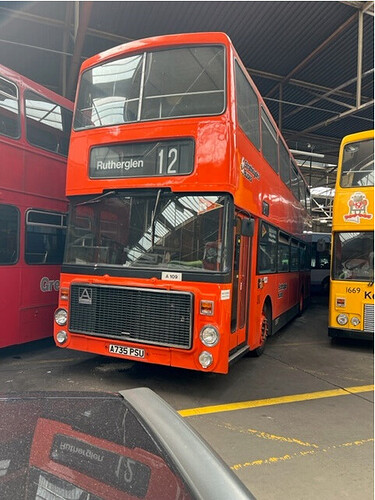 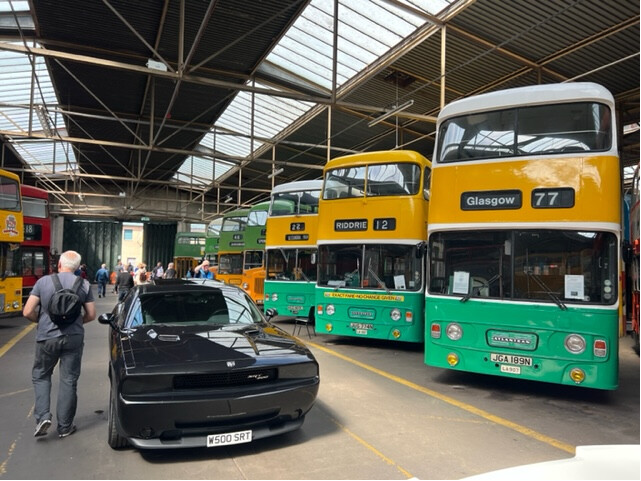 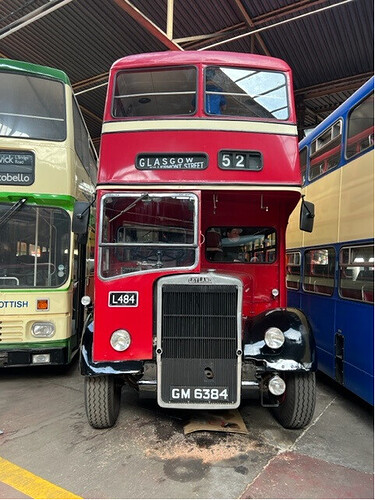 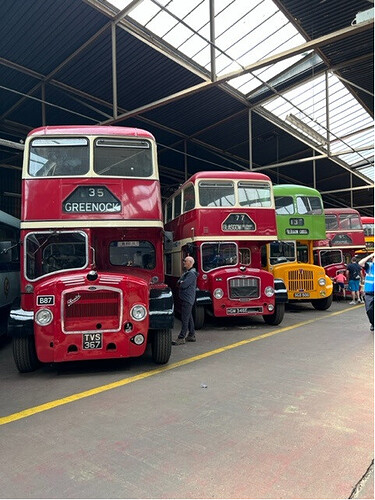 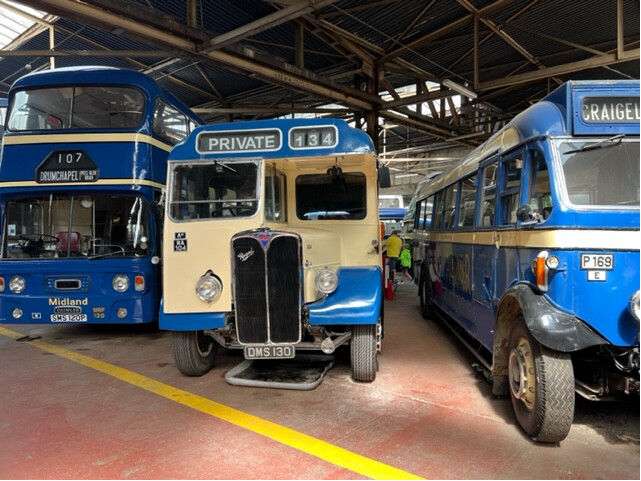 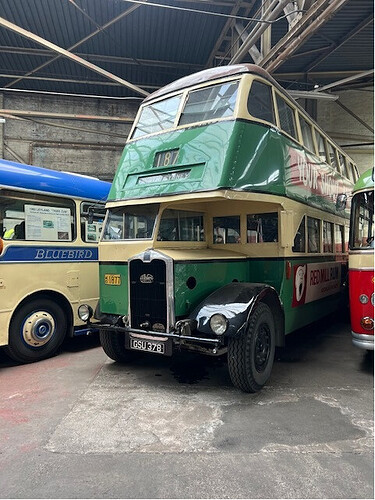 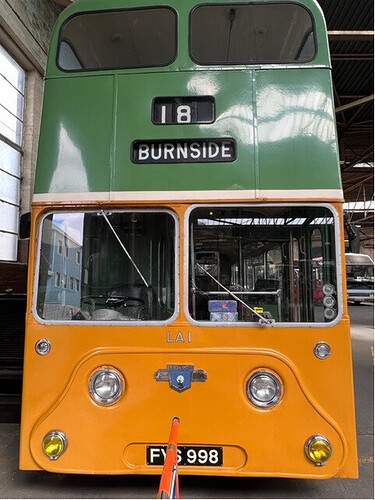 I’ll need to pay that a visit

Yes, Defo worth a visit.
They also has some old bicycles there, military vehicles, trucks, fire engines, etc

This must be one of the first full susser MTB 1995. 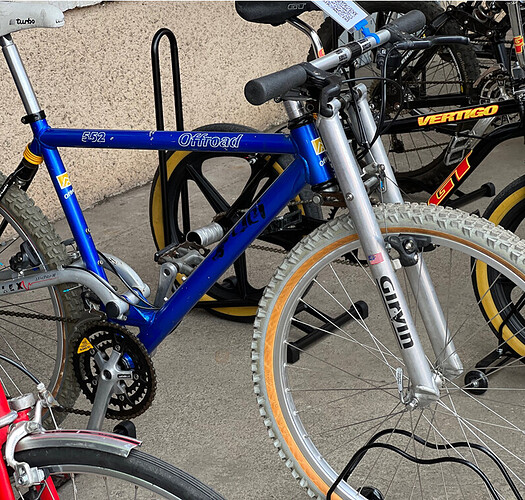 A couple of months back, I wrote to DTW to ask if they might cover a bus.

Boy did they deliver!

Reluctant To Fall – The National

Remembering the Leyland National. The pall of smoke hung closely to the clattering, diesel din. The gruff acceleration, occasionally squeaking, yet hollow sounding brake alongside the hiss of the a…

And you got a credit!

Ha! I didn’t realise that! How cool is that*

*probably not, really but as a Leyland man…

I’d like them to do a piece on the Leyland Royal Tiger Doyen next. It was launched forty years ago and was a fucking sales disaster.

Styled by John Heffernan, this rear engine integral coach was designed to match competition from Setra, Mercedes-Benz MAN and others.

Unfortunately, the workforce at Roe, Crossgates , Leeds were not allowed to work around imcompete and inaccurate Technical Drawings from Leyland.

Also, a major bollock was dropped in not designing in a (UK) Sunken Toilet and Emergency Exit.

Subsequent delays and poor build quality cost the company dear. Production was shifted to Workington when Roe was closed and the shortcomings of the original design were addressed.

Too late though unfortunately and when Volvo took over Leyland Bus in 1988 the Royal Tiger was quickly dropped.

The Grille Badge was frequently stolen and some operators had locked cages with spares.
The badge was said to be as heavy as it is to counter the weight of the rear engine.

I have the badge that was intended for the coach in the first picture.

The second one shows my actual badge on my mate’s coach. She has three of these now… 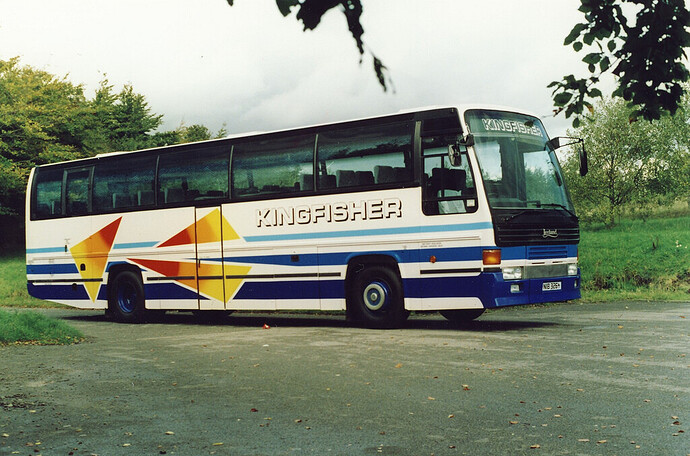 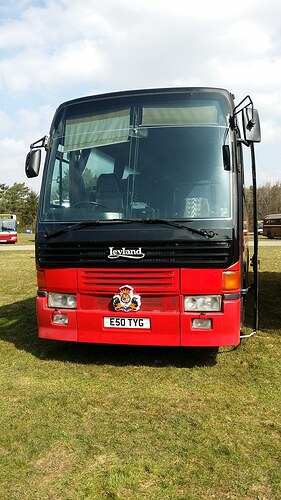 Fuck. Should have added one in a more suitable contemporary livery… 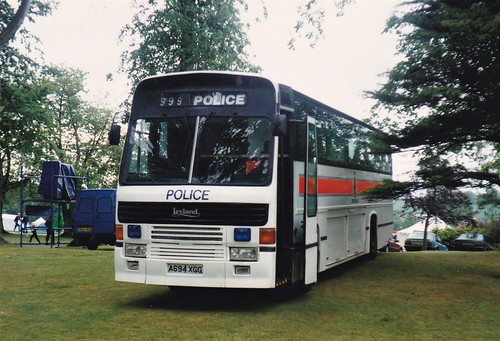 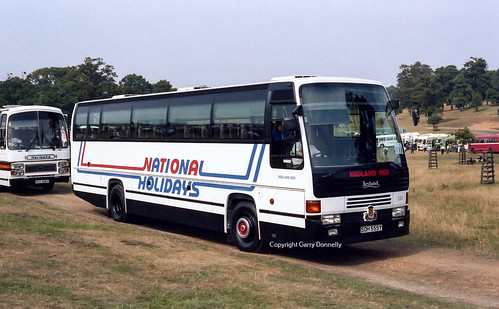 And a Police Specification one…

I must include the final National Based vehicle; the BR Class 155:

The British Rail Class 155 is a diesel multiple-unit passenger train. These DMUs were built by Leyland Bus at Workington (incorporating some Leyland National bus components) between 1987 and 1988 as part of BR's replacement of its ageing first-generation diesel fleet. 42 units were originally built, of which only 7 remain; the other 35 units were converted to Class 153 railcars. By the beginning of the 1980s, British Rail (BR) operated a large fleet of first generation DMUs, which had been c...

Some ingenuity was shown in adapting Bus Bodywork to form a train. Unlike the Pacer Family, this is all Leyland Bus and is self-supporting.

I’ve travelled on one and the interior gives the game away. That and the relatively small windows !

Warranty work for these vehicles nearly ruined Leyland Bus; indeed was it not for the Leyland Olympian- at the time the best selling 'decker in the world- and the Lynx, Volvo would likely have closed Leyland Bus earlier… 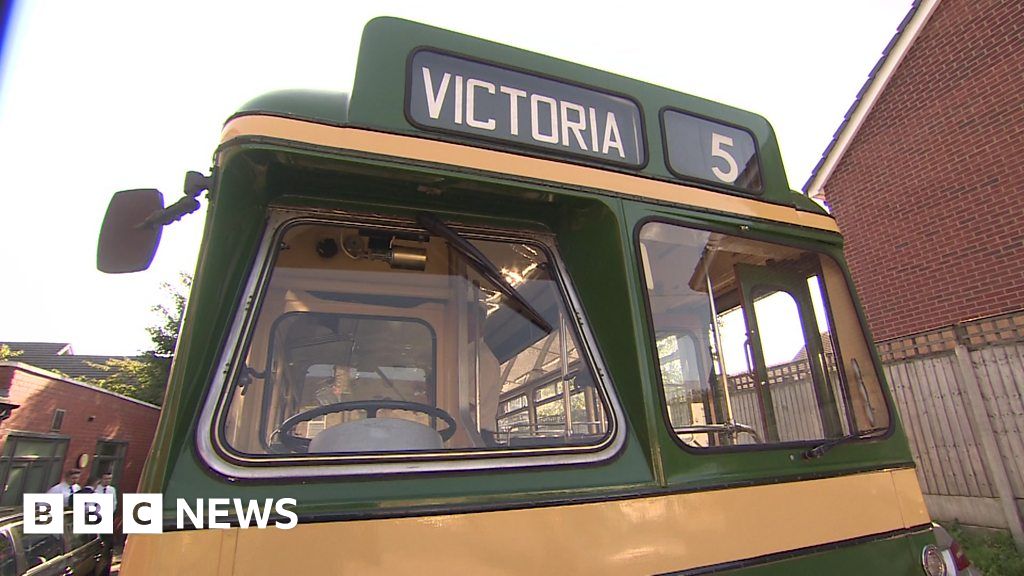 Harry Winstanley is transported to his final resting place on board on the last bus he drove. 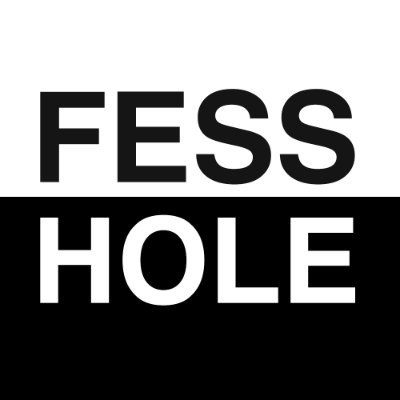 @fesshole
I'm a bus driver. If I see you get in trying to sneak on with glasses of alcohol etc, I won't stop you. I like to play a game of "how many potholes can I hit on the journey?" and "who can I make wear most of their drink?" Beep-beep.
6 Likes
← previous page