I recall to mind a rail-replacement bus very like this (ex the plush interior) from Winchester all the way to London Waterloo. The damned thing was memorably incredibly noisy (I assumed it was faulty), cold, draughty and reeked of diesel and other-people’s fags. I was heading to Earl’s Court to join the back of the queue to fuck Matt Hancock’s mum in Cheshire, and so I asked the driver if he could let me off at the nearest point to walk the last bit, make-up a bit of lost time - he refused to let anyone off anywhere until we got to Waterloo…

*I may be misremembering one or two minor details in this anecdote.

These guys have put a lot of work into their latest project: 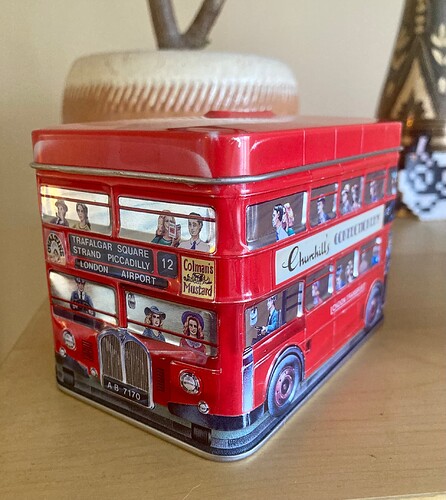 Boris has been busy

End of an era; was once the largest Bus Manufacturer in the world! 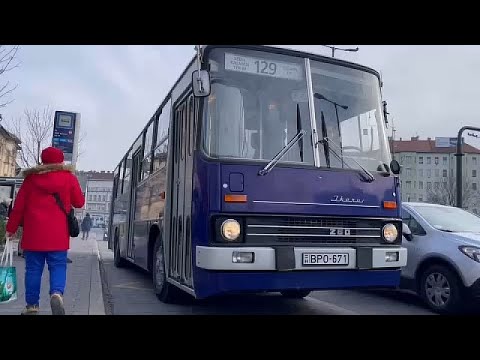 Taken from a Plymouth site.
Before my time I might add.

Lady with black and white hat and gloves doesn’t look very happy to be having her photo taken. Where as Driver and Conductor appear to be posing for the photo.

A few days ago I saw some hooting gammon on Twitter trying to argue that the proposals to extend the ULEZ to the M25 was “an attack on the poorest members of society”. No, you absolute boner, the poorer people in London don’t have a car, but they do absolutely rely on the bus.

Hence a lot of folk being worried by upcoming cuts to bus services. There’s no doubt that TfL is in trouble after covid and the Tories playing politics with the services, and I guess the money has to come from somewhere, but cutting buses is the absolute worst idea IMO.

So I think this, while not perfect, will come as a relief to a lot of people

TfL have concluded to leave most although not all bus routes unchanged. Good news for me as my bus (24) to work in Victoria Street was planned to be renumbered and routed a different way from Parliament Sq.

Update 23 November 2022 We have published our consultation report and updated Equalities Impact Assessments following this consultation. We have also produced a decision summary and next steps document that outlines how, route-by-route, we intend to...

I live in Streatham and there does need to be some rationalisation of bus services. There are times when Streatham High Road and Brixton Hill are one continuous snake of buses all a third full. Without cutting local routes and those routes served by one bus proper application of modern software needs to be applied to get this duplication under control. I use the buses a lot and my car as little as possible but I still need it as a pensioner so extending ULEZ to the M25 means I have to buy a new car. Who is going to pay for it? It is impossible to manufacture a replacement car with less pollution to the planet than mine will kick out if I live to be 100 and still be driving with my current usage.There are thousands like me with older cars that if replaced would cause more damage to the planet than if they were kept running.
This is a complex issue and there is no one suit fits all answer which is why it is beyond the grasp of politicians.

The M25 as a boundary doesn’t always make sense. Years ago when there was a tube strike Pizza Express did an offer inside the M25 so me and a mate went to the one in Cheam on the cheap.

Still a surprise to remember that London had an efficient functioning electric bus system from 1931-1962 before reverting to diesel buses and the air pollution that would come with them.

Trolleybuses served the London Passenger Transport Area from 1931 until 1962. For much of its existence, the London system was the largest in the world. It peaked at 68 routes, with a maximum fleet of 1,811 trolleybuses. London's first 60 trolleybuses were introduced by London United Tramways (LUT), operating from Fulwell bus garage in South-West London. They were nicknamed "Diddlers" and commenced running on 16 May 1931 (1931-05-16). In 1933, LUT was absorbed into the London Passenger Trans...

We had a decent network in Christchurch-Bournemouth-Poole when I was growing-up. I was 5 when they shut it down, but even as a kid I thought it was odd to get rid of these things cos they smelled much better (no diesel fumes), were quieter, and seemed more ‘futuristic’ somehow. 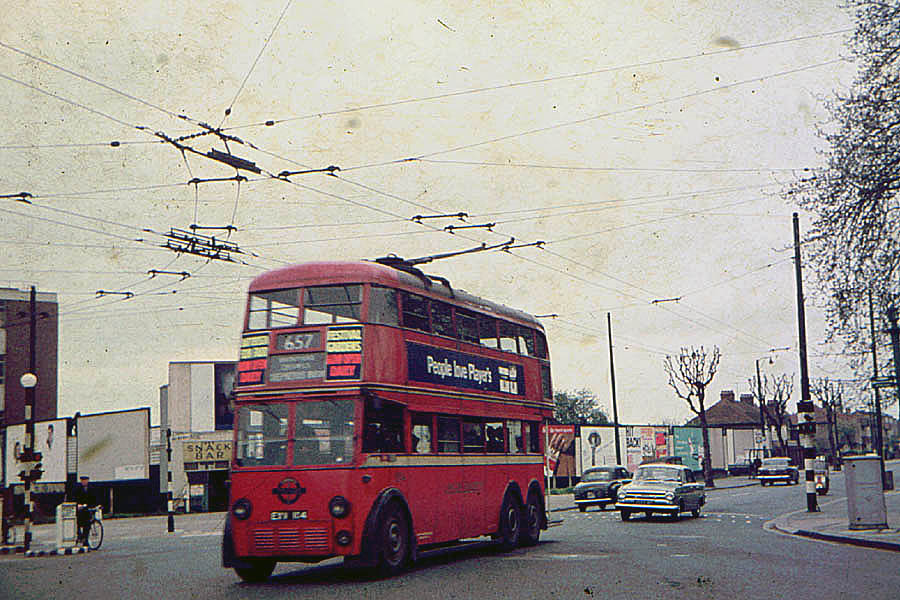 The 657 Trolly Bus was my ride from Isleworth to Griffin Park to see the Bees. 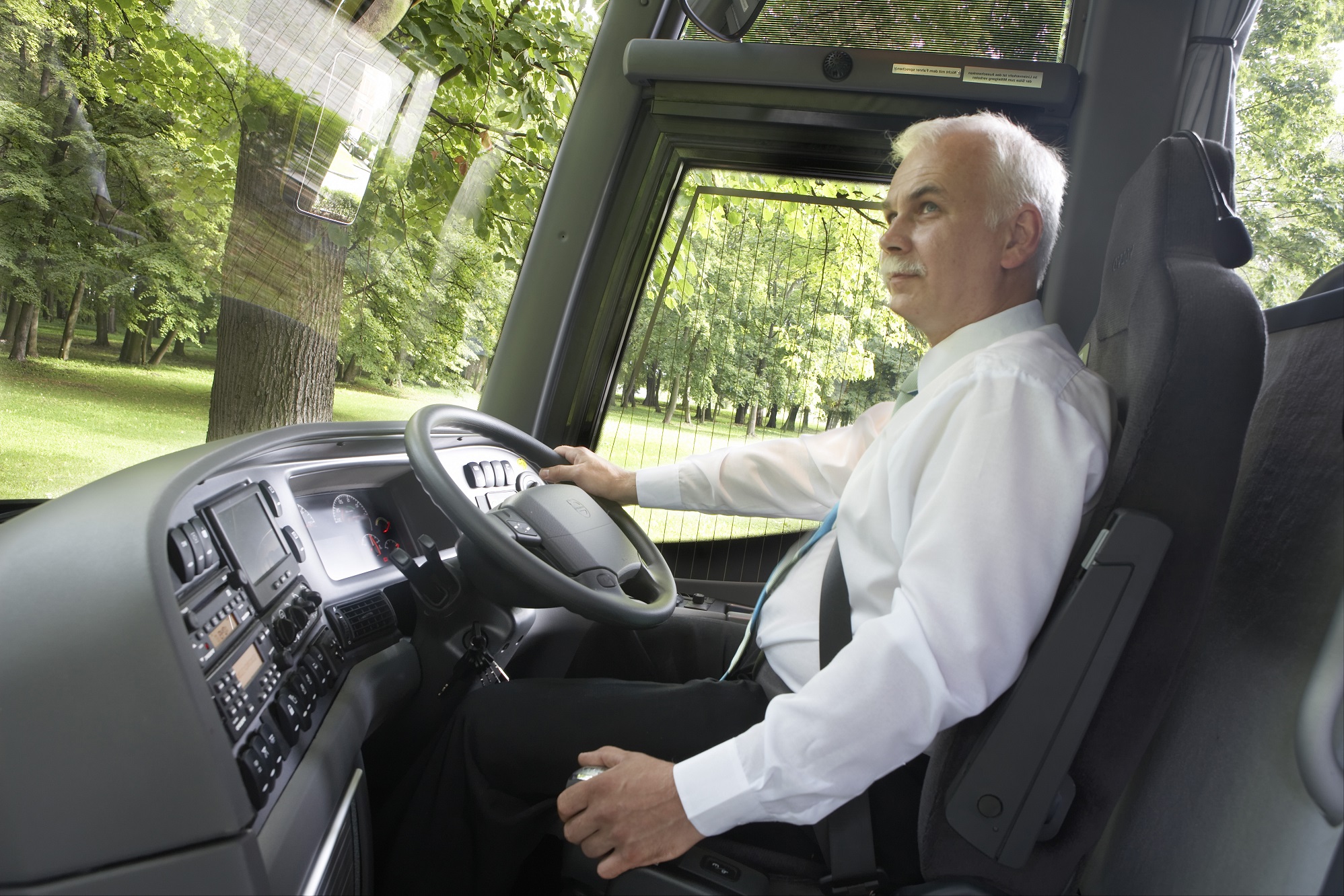 Recently appointed Under-Secretary of State for Transport Richard Holden has been briefed on the scale of the coach and bus driver shortage.

I got a call from a neighbour last night. A mate of his is looking for PCV Drivers. It has come to this now.

Something has got to give…

Recently appointed Under-Secretary of State for Transport Richard Holden has been briefed on the scale of the coach and bus driver shortage.