Dunno, but they’ll definitely have over dusted pies in Herts.

I’ve never really got mince pies. Pastry is usually too dry and falls apart once bitten in to. The stuff in the middle is just stuff that gets stuck in my teeth. What am I missing? 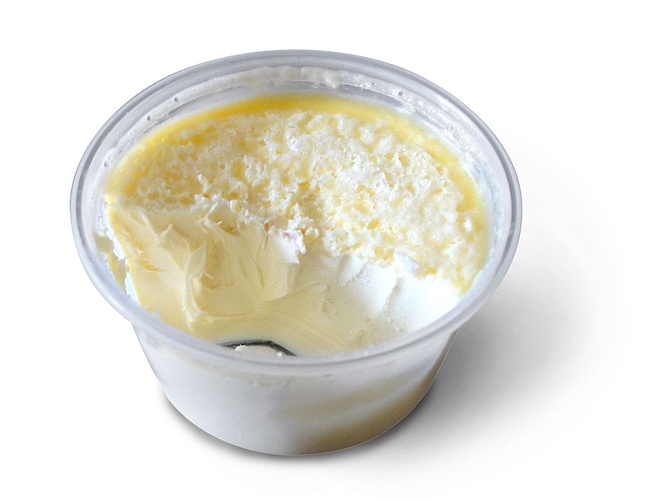 What am I missing?

May I suggest a Clockwork Orange style re-education course?

I love mince pies, but I’ve largely given up on 'em, I’m far too fat of a cunt in any case, and shop bought ones are intensely disappointing experiences - bland, undercooked, faaaaar too much sugar everywhere - a sort pastey, sickly, unfinished symphony of oversweetened blandness that as Rick say clings to yer teeth. 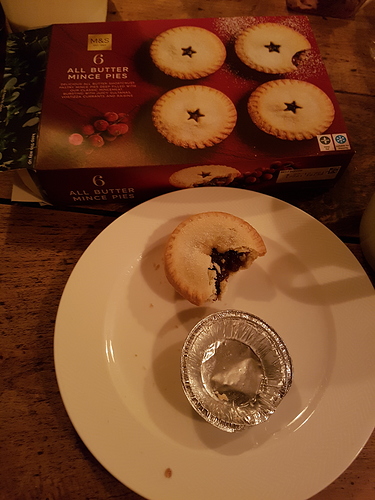 Just tried the Tesco one’s, ok but sweet and slightly weird after taste.

Need to try another 3 with a coffee in a minute.

Quite pricey that. I know we’re comparing supermarket ones but the local bakery ones are cheaper than that and I’ll bet much nicer. I took some to @edd9000’s bakeoff for those that remember

John should fuck off the gas work and go balls out into pie production. Those bastards from yesterday were copacetic.

Quite happy with any pie comparison honestly, as long as it isn’t unobtanium fake news, middle England, over dusted shit that no one else can try👍

John should fuck off the gas work and go balls out into pie production. Those bastards from yesterday were copacetic.

What the fuck does that even mean? A Barry Manilow classic?

Never mind that, what news from Greggs on the mince pie front?

I took some to @edd9000’s bakeoff for those that remember

Very nice they were too.

Will report back tomorrow

Last year’s Lidl mincemeat soaked in brandy for a week
And then this pastry recipe , but (cunt alert) french butter…

Next time a different variation of choc