I’ve some budget for upgrades and while very happy with my system as it stands experimenting with the TT has shown there is plenty of scope for further improvement.

I’m running an SP10mk2 with Jelco 750L, Oyaide carbon headshell and Jelco 502 phono cable, cartridge is an AT33 PTGii. The TT was serviced by Dave Crawley before I purchased it so all caps etc done though the power LED and strobe no longer work.

I bought a Cyrus phono signature largely for it’s wide range of adjustment and have been very pleased with it. A far cry from the tipped up sound Cyrus was known for in the past and hugely improved with the addition of a PSX-R2 power supply.

Casting around in my budget obvious choices would be Timestep’s T612 or Jelco’s 850/950 arms, they seem to be well thought of and it would make for a straight swap for my existing arm rather than having to have a new board made for what is a custom birch plinth.

The Timestep would limit cart choice somewhat to lower compliance carts, I’ve read of Jelco 850 users with AT ART9 through SPUs which suggests that it’d work with a much wider range of carts. Given I like the PTGii the ART9 looks an attractive proposition however the new Hana ML is also very much on the radar. The latter looks as though it’d work with the Timestep? Then there’s SPUs though I’ve no experience of them and I get the gist that they have a particular flavour?

That’s my initial thoughts however I’ve also seen some ‘low hrs’ higher end ex dem carts such as Dynavector XV-1S, VdH Colibri and Transfiguration Proteus that I could potentially stretch to if I went with the Jelco arm. These would limit further spending on accessories like TT mat and phono cable for the time being.

My tendency is toward the Timestep/Hana combo, what do you reckon? Little chance of hearing the combo in the context of my system so advice/thoughts appreciated.

First thing I would do is replace the Jelco arm cable you’re using. I don’t normally bother with cables but the Jelco one is particularly poor. I talk from experience.

I’ve got the groovemaster on an SP10 mk2 which is the arm the timestep is based on and it’s brilliant for the money.

Haven’t tried a Hana yet but it works really well with the AN Io1 and Koetsu I’ve got.

Have you tried a Tenuto?

You’d be welcome to try my ML.

No but do plan on getting one, whether that’s sooner or later will depend somewhat on where the current budget gets allocated.

I’ve heard it said get a decent tonearm and go all out on the cartridge so wondered if I’d get some feedback on those lines as well as specifically re the pieces I mention.

Cheers for the feedback, Loo and BigL

The Jelco is decent enough. I would say the biggest improvements would come from changing the cartridge. After that the Tenuto mat would be my choice of upgrade.

Interesting, I’ve heard a few users say their move from 750 to 850 was significant

Agree, also what type of plinth ?

If you like PTGii and it is a great cartridge I’d go with a Tenuto mat and perhaps a better spec tonearm cable. I think you’d see a positive difference.

If you like PTG, Art9’s a dead cert. I wasn’t keen on the long Jelco, lasted all of 2 weeks at mine.
I have a Groovemaster at home to be built on a custom Lenco, looking forward to trying it, it certainly looks well made for the money.

Another dead cert would be SME 312 if you could find one (and set on 12”) or another modern SME ?

Plinth is oak veneered birch ply 20cm deep, circa 30 kgs with an oak arm board set on these

Not sure the maker, an electronics brand was mentioned when I purchased but can’t remember the name. Like the look of the Acoustand alloy plinth but suspect it’d be a bit sideways. Artisan Fidelity are lovely but a bit spendy for the time being

Cheers for the feedback re carts all. I’d had the impression that cart would likely be the place to invest, but what do you reckon something like Hana ML/ART9 or hold out and look for an ex-dem top end cart?

Divedeepdog, have you tried an ART9 on your Groovemaster and are you refering to the 750 or 850/950 Jelco? Thinking Groovemaster/Timestep may be a bit heavy for ART9?

I had Jelco 750l, tbh lacked enthusiasm and dull compared to Roksan I have, may have been the setup at the time, plus a queue waiting for resale it went in 2 weeks.

The Groovemasters a friends, I’m building him a Lenco, but I’ll try and get it fitted to something this week

. Not looked at the specs, but I’ve used different weighted headshells to good effect with SME 3012.

*just put the numbers through vinyl engine calculator, Art9’s in the orange band, so not ideal at 7hz, but away from the red zone. Not sure how the effective mass of 22g is calculated as it comes without headshell as standard and as we know, there isn’t really a std headshell?!

Wouldn’t have said the system lacked enthusiasm with the 750L in it though I’ve nothing to compare.

Look forward to hearing how you get on with the Groovemaster, a good option though the Timestep is similar with advantage it’s the same geometry as the Jelco, the GM is different. Specs say GM has a lower effective mass, 22g v 28g for the 12", surprising given it looks to be longer than the Timestep.

yep, I wondered that about headshell also

Isn’t the Timestep Titanium as standard? 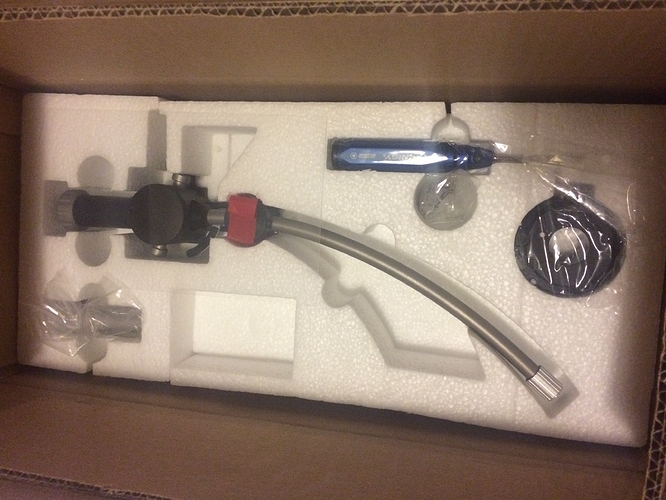 The banana does look

The GM MKII Titanium is a nice arm for the money. You do get a selection of weights for varying carts although as noted the mass of the 12" makes it a lump 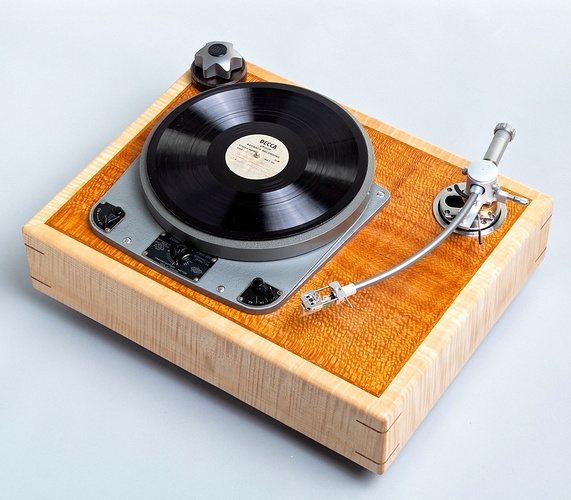 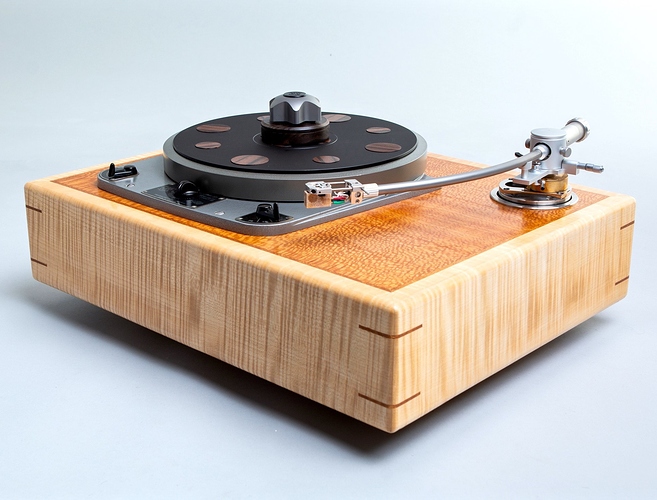 Probably worth gripping now as Brexit looms - If any Meatman is interested, I may be able to assist via PM