Shopping around for an air fryer and finding out that stocks seem to be fairly low across the board.

Mine arrived yesterday, seems a good size/price to me

Don’t ever expect them to cook chips!

My sister had one which seemed quite large but she loves new gadgets. Mrs MWS immediately wanted one. This put her off: 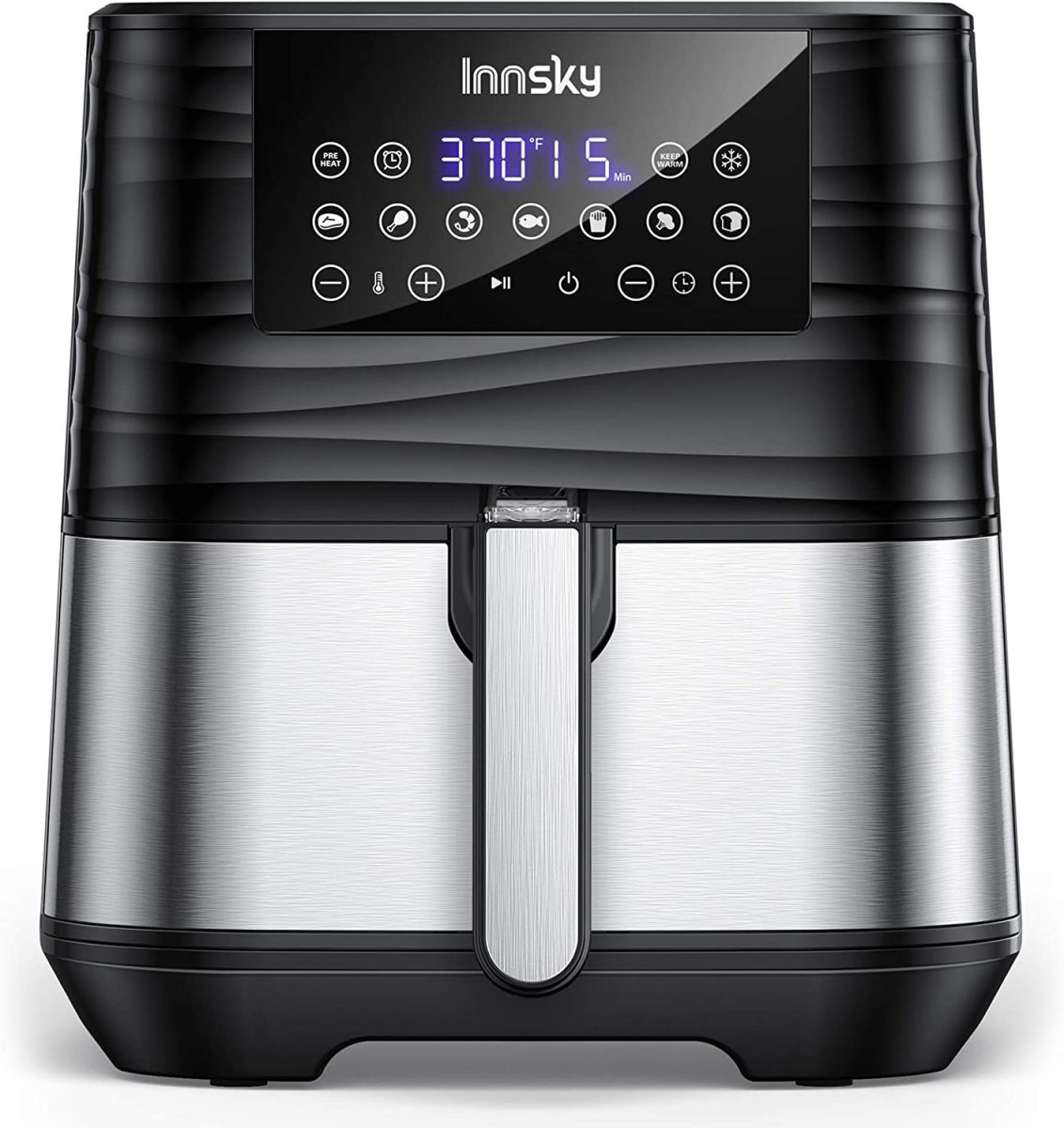 Air fryers are trendy nowadays, thanks to their promise of making healthier meals. These appliances do also have some disadvantages, though, and this article examines ten of them.

Nearly all over those micro-negs can be turned around or just disregarded though. I’ve used one and I think they’re pretty good for the kinds of things I like to make.

If I want really nice chips then the town has more chip shops than you can shake a stick at, I’d never cook them at home anyway.

In some ways you need to think of them as a crossover between frying and a fan oven. They are certainly not a replacement for deep frying in every respect.

We tried one and sent it back. Useless for chips and other things can be better in micro combi. Imho.

Kind of think they are a compact convection oven with a hyped name.

I use ours a lot, just as a faster oven. What would take 40 mins in the oven takes more like 20 in the air fryer. Which is nice when I get home late.

I’ve found it does oven chips just fine. Or reheated chips from the chip shop are awesome.

I was about to ask what these were; how they work, etc…

They’ve had a lot of media attention because of the energy efficiency of heating a small space.

There seems to have been some misconception or over marketing that they’re like a Star Trek universal replicator. Useful within their niche but they can’t replace certain cooking methods.

I’m not sure if they would be as useful as my Slow Cooker; I mostly build Stews, etc. Probably not suitable for Cakes either.

A couple of friends absolutely rave about theirs; have felt ashamed to ask what the fuck they were on about!

Kind of think they are a compact convection oven with a a hyped name.

This is the impression I get. I’ve been put-off buying one by the hype, silly prices, and inevitable tales of widespread unreliability. Edd’s tales of well-reheated chipshop chips however has moved them back-up my list: this is an Important Priority!

I’m not sure if they would be as useful as my Slow Cooker; I mostly build Stews, etc.

That also sounds a much healthier diet TBF.

First person who air fries a mince pie gets a free Lopwell raffle ticket. We use a convection oven to bleed out old lubricant from sinterd bearings in the workshop (Myself and Guy tried warming some Fortnums pies in it, we were both satisfied and remain well lubricated)

I’m not sure if they would be as useful as my Slow Cooker; I mostly build Stews, etc.

Try the air fryer followed by dunking in the ultrasonic tank,ideally with a Heston pie