Still waiting for my replacement 8" driver to turn up 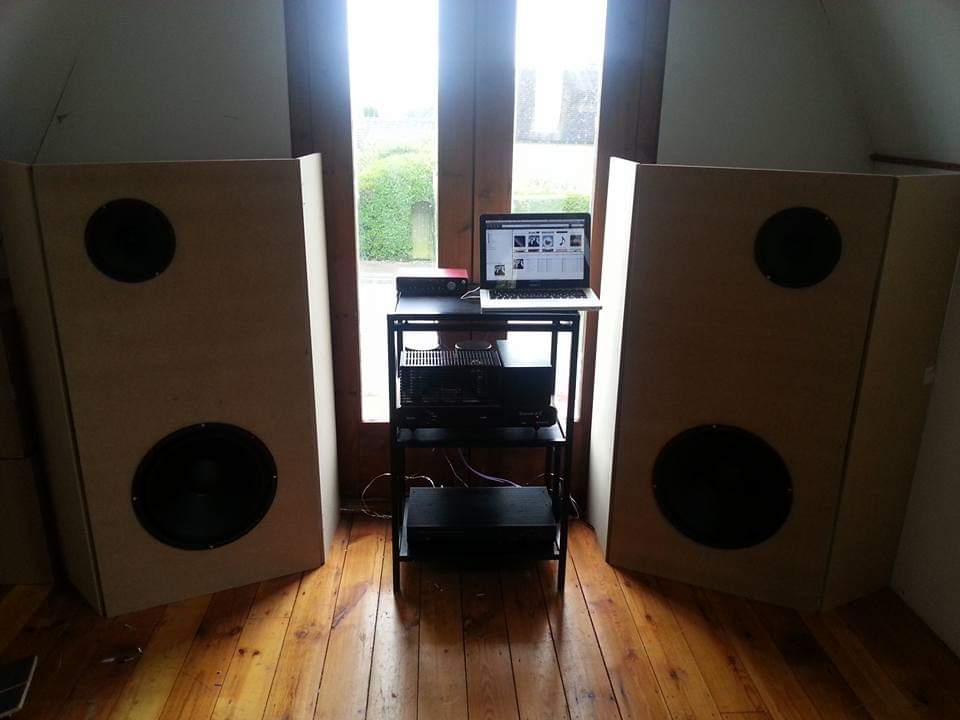 I’ve come to my senses and am wondering about 2 way OB15 plus a horn. Is a 2 way too much of a compromise? Could I get away with a very simple passive device in between mid and tweeter with horns? Now that I’ve been fully sucked back into the HiFi silliness I might as well be silly.

Way to go imho is two 15inch bass units and a good wide band unit with very simple crossover .Take a look at Pure audio projects web site,my ob are based on these.

My single 15 in a fairly large baffle (1.5 square metres) makes what seems like a lot of bass but might just be that I’ve not smoothed the response out properly yet. I’ve currently got them partnered with Monacor SP-205/8.

I think I need to do what I can to get these good, and once my skills are honed move on.

Here is what i based my filters on,although mine our on 2 boards 1 for the full range and 1 for bass units .Its a good starting point.If you get it right you do not need those side baffles you show in your pic. 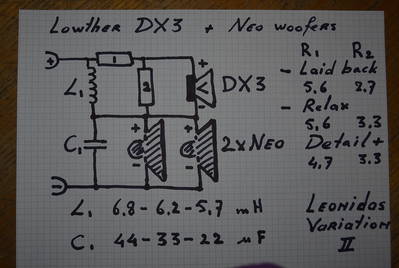 The thing to do it to look at the frequencies. How high does your 15" play cleanly? The specs will say 1kHz, probably, but that will be generous. More likely it’s 300Hz or so, in which case your horn will need to be big - a 160Hz horn is needed for a 300Hz crossover.

If you go digital active you can use steeper slopes, which can help to push drivers further. This will also mean you don’t have to pad the compression drivers down by 15dB.

But a 160Hz horn will be very beamy and spitty at higher frequencies, so you’ll probably want a small one for doing 2kHz up, say.

I have a 2 way active crossover. I have a decent amount of space, and a reasonable amount of time. The journey is way more interesting to me than the final result if I’m honest.

What draws me to a horn is the efficiency, which would let me scratch another itch 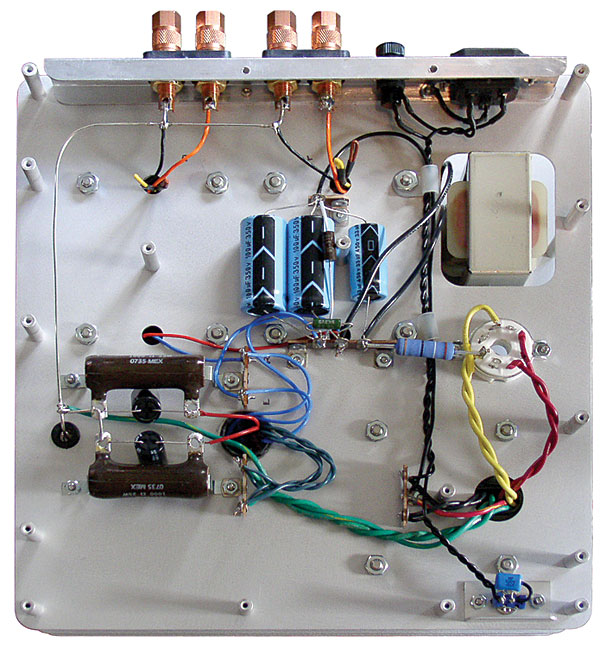 How do you rate the Monacor bass drivers? I may get a couple for a journey.

On their own in the open baffle they sound really nice, they don’t do bass in that configuration though. The 15s are Eminence.

I would certainly recommend horns, but just be warned that stretching their operating frequencies can lead to disappointment. Most two way horn systems that I have heard can best be described as “full of potential, but…”

Just sell the Living Voices, buy a range of compression drivers and horns, and start playing.

If you’re playing from that laptop, I would really recommend getting a 7.1 sound card and six channel amplifier, and going digital active for experimenting. It’s a lot cheaper, easier and, IMO, better.

My LVs are long gone, these are a loan pair. I intend to play from records, tape and computer so matters get a bit more complicated. I’ve got a miniDSP 2x4.

If I at least use what I currently have for learning I should be in a better position to know what to buy in the future. The replacement driver has jsut turned up and been bolted in, so I’ll get to work trying to smooth out the lumps in the bass response, once I’ve calibrated soundcard and SPL.

Oh ok. I think that @coco had a Young ADC that they sell as a way of digitising vinyl, but didn’t have much success with it. Sounds like active, rather than digital active, might be best for you. There are some pro active XOs that might work, and that kind of thing is pretty cheap. Should be great for experimentation.

I’ve never been that happy with extensive bass room correction; the only thing that worked for me was to measure in lots of places and reduce the peak that is in every measurement. I think it’s normally the floor-ceiling mode. Better to break it up with furnishings, I reckon!

The plan was to eventually run all sources into a pre amp of some description (current leader is a TVC that I have the transformers for) then into the MiniDSP. Currently just putting a single source through it (Raspberry Pi running Volumio).

Ultimately I’m up for trying anything, I’ve got a terrible track record for completing projects though, I started building some Valve amps in 2006 and a headphone amp about 4 years ago. 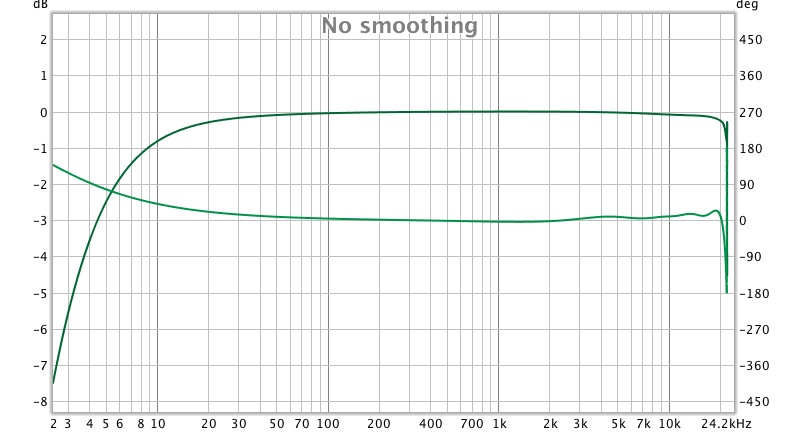 The plan was to eventually run all sources into a pre amp of some description (current leader is a TVC that I have the transformers for) then into the MiniDSP. Currently just putting a single source through it (Raspberry Pi running Volumio).

Ultimately I’m up for trying anything, I’ve got a terrible track record for completing projects though, I started building some Valve amps in 2006 and a headphone amp about 4 years ago.

The minidsp has a digital volume input, any use?

Don’t know enough about the MiniDSP to comment on that. In general, you want as large a signal going into an ADC as possible (without clipping the input) to maximise 5he number of bits you use.

ok thanks, that puts a very different slant on everything. 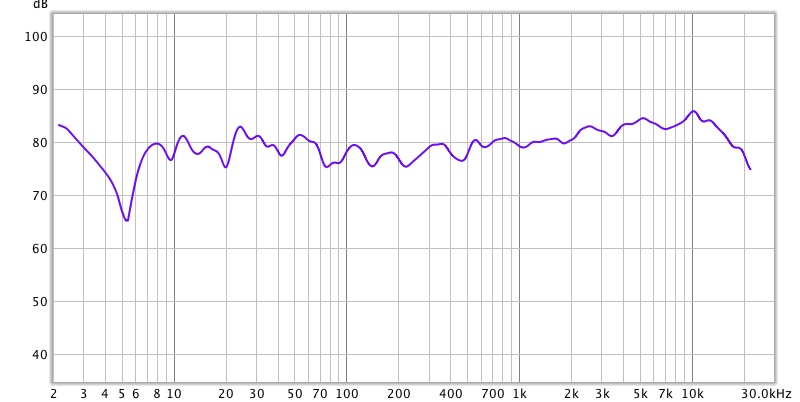 This is where I got to before I had to stop to reopen all the doors and windows because I was dying with 2 class A amps doing their best heater act. Sounds awful.

I wouldn’t bother sweeping below 30hz.

If that’s from seating position it will sound awful as you have an upward slope.