My daily wear Citizen eco drive is playing up. Despite being left under a strong halogen light for a full day and evening on Tuesday it’s stopped twice today, so I guess it’s on its way out.

I fancy a bit of a change and with my Xmas money I should be able to get one of the above.

I know the Seiko is a bona fide classic, but at 41mm I’m concerned it’ll look a bit small on my wrist. The Orient looks nice at around the same money, and has a 46mm case. I like this one:

Any experience of the Orient?

Get what looks good to you. You have to look at it the most!

Well, I like the look of the Seiko too, it’s just the size thing, although smaller watches actually don’t look silly on my wrist, I just have a thing about divers watches having to be chunky I think.

More concerned about longevity and robustness really, it’s going to be a daily watch.

If you’ve got a big enough wrist this looks the mutts. 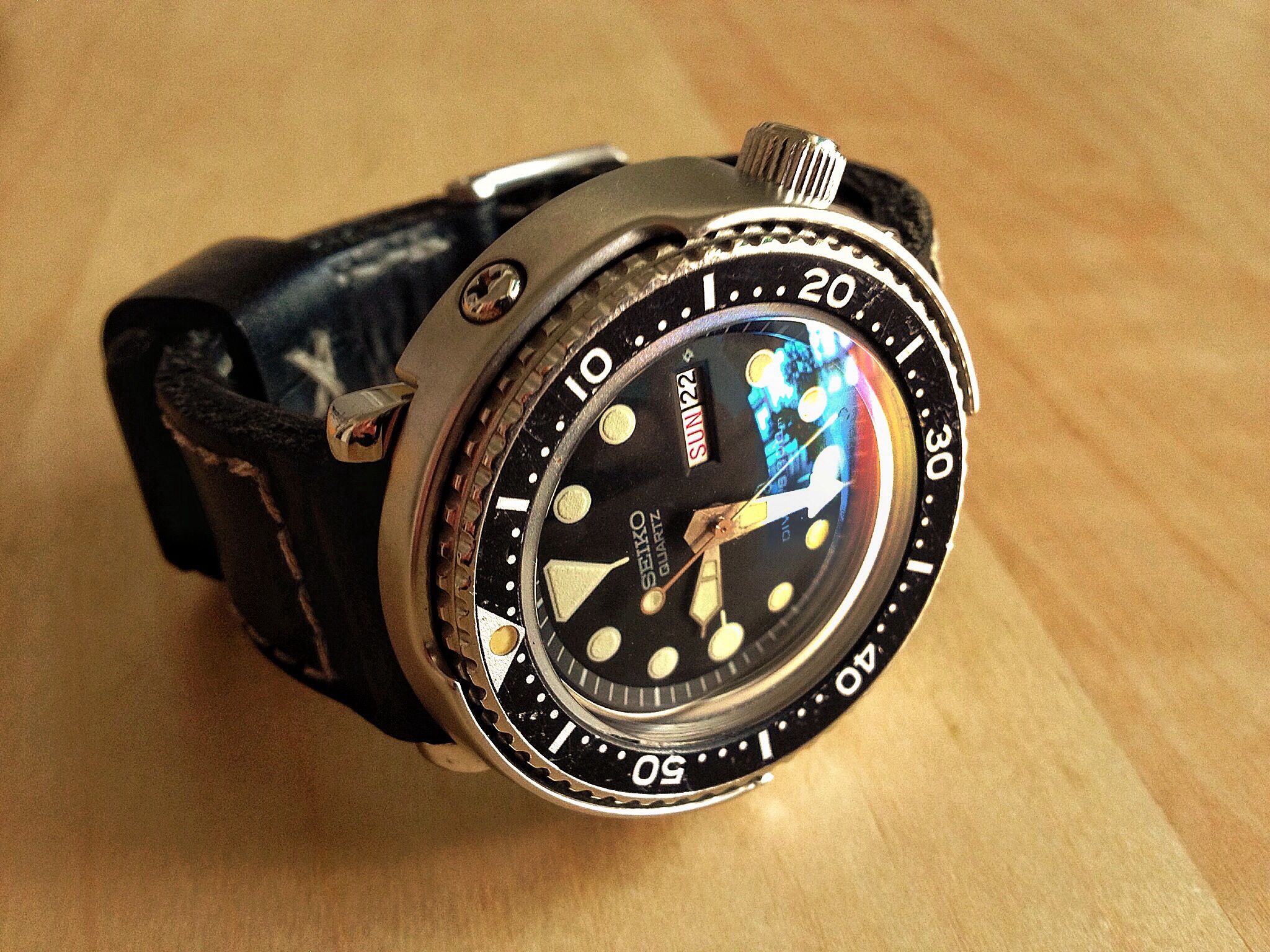 Yep, have an original Mako, excellent for the money IMHO. 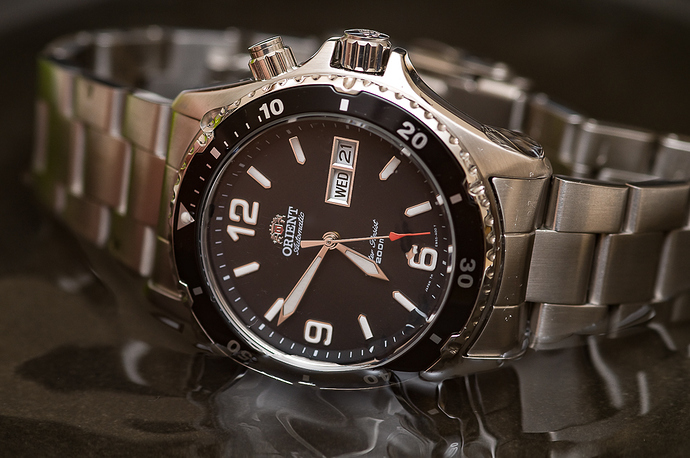 I’d pick a Vostok Amphibian over either of those. Originally produced for Soviet Navy frogmen in 1967, it’s still made today. Lots of different cases and dials available, check out www.meranom.com the factory shop.

I have 3 or 4, worth watching ebay for them, nice and cheap usually. Not really on the same quality level as a Seiko or Orient and I do find them a little small.

The movements are better than the Orient or the awful Seiko 5, and Meranom’s SE versions have uprated cases, bezels and crowns.

Small? They were big enough for Spetznaz commandos.

The 090 cases wear bigger than my SubC or SMPc.

Always worth a look at Christopher Ward.

Yes, the 43mm Tridents are honking great things, much too big for my tastes.

Not sure on that one, the finish is nicer on the orients/seikos. I only have experience with a couple of older ones though, manual winding, and a more recent auto.

I have large wrists, 40mm is about as small as I wear, so its on the small side. I do have some 50mm watches

My Seiko survived going through a 40 C spin cycle. Built to last. Not an auto though.

Don’t know about the orient, but the Monster series is ok (orange, black, red, yellow, green), the latter three being the pricey ones. 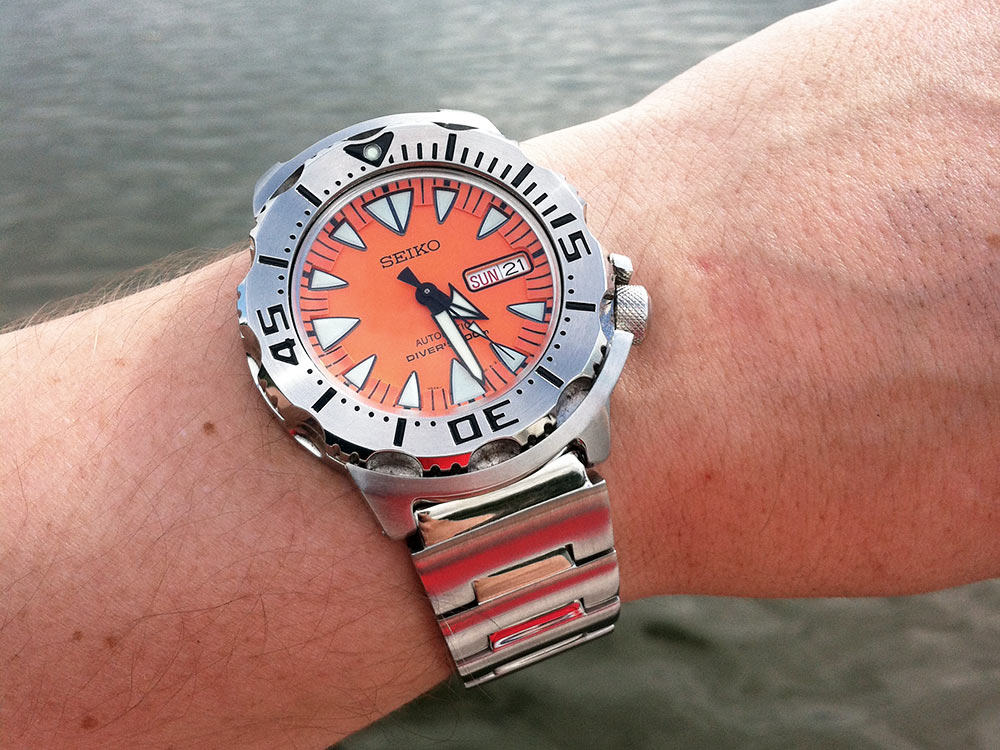 That is nice Bob, but they go for about 300, I’m thinking of spending half that!

I’m rethinking a big watch too, I’m worried about catching it on stuff, and I just measured an old broken watch of mine that looks a nice size on me and it was 42mm.

Has anyone bought from Creation Watches? Think they’re in Singapore.

Or from these guys?

I have no help to give Rob, apart from saying I’m fancying one of these. For nothing other than novelty I suppose.

Typically with the Orient watches I like different bits of the 2 models, so I like the dial on the Mako, and the Bezel on the Ray…

I’ve already checked and you can buy the bezels…

Not auto, but how about one of these? 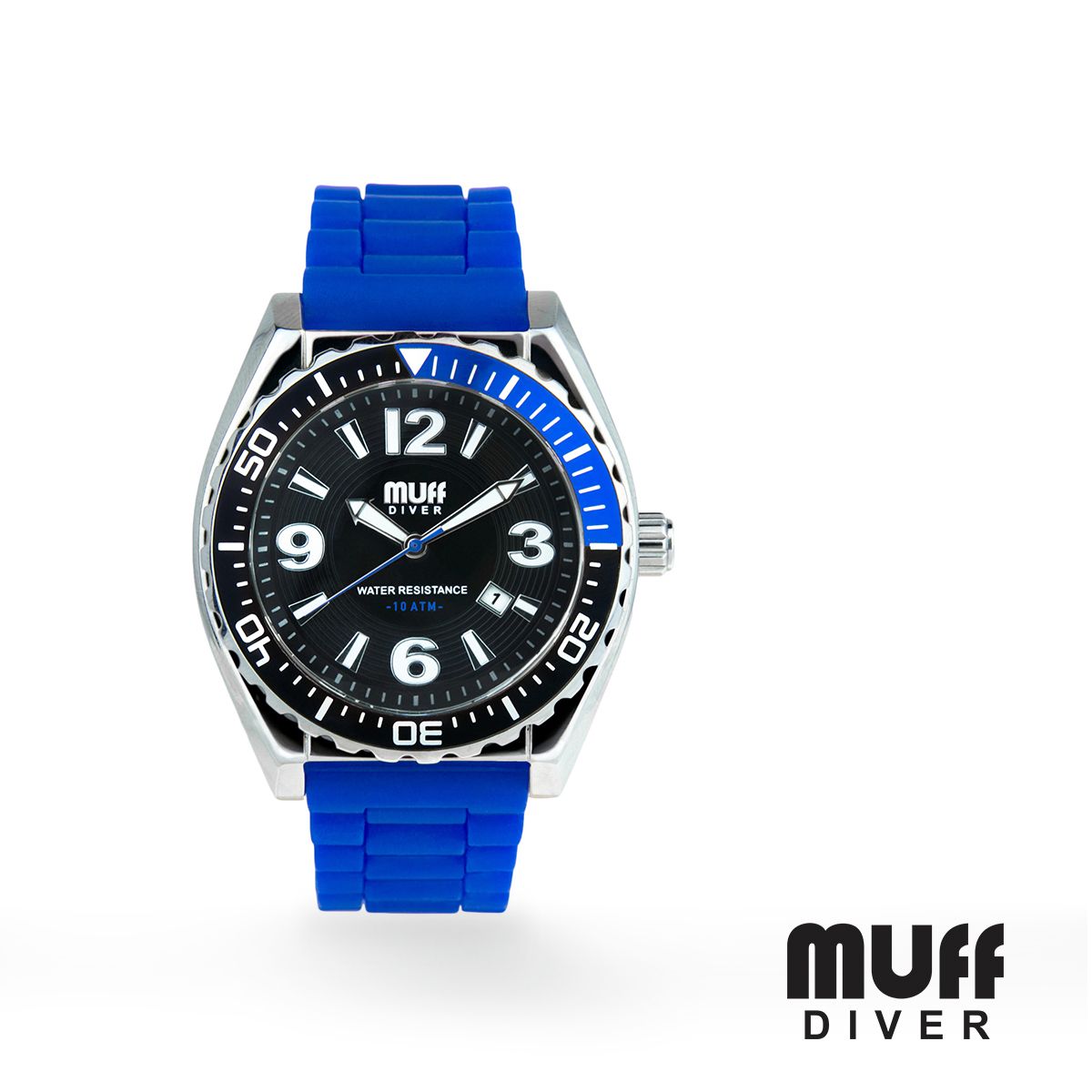 Available on Amazon for £69. Of course.

I have a Seiko Monster. It’s very good, but also very big and heavy. If you aren’t full size like me, it might be a bit much.

here is one for £155 http://www.traserwatches.co.uk/index.php?option=product_detail&id=75&type=watches