It was all going fine as I scrolled through the pictures, until I hit 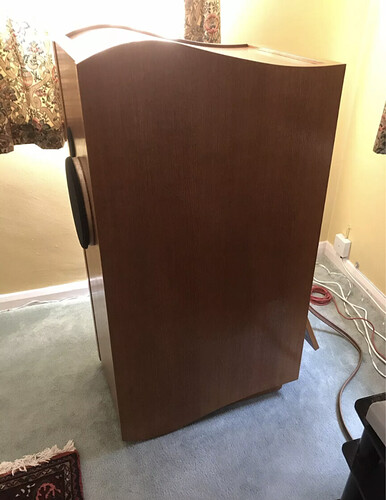 Yes, a bit deep for my place. I used to have Auditorium 23 Solovox which used the same main driver, which I bought of Chelseadave for not a great deal. Much missed and one of the few things I have regretted selling almost immediately.

Lovely and hardly ever come up for sale. I hope you replaced them with something good.

My system has moved on a fair bit and I suspect the Solovox’s would work much better now although I suspect my BP 300b PP would be better swapped for SE or similar.

I think a pp BP would have sounded great with them.

Suspect you’re right. Just got mine back after a visit to Simon SJS and really enjoying it.

Who on the Wam had those? Was it Hornucopia?

Looks like it, the ones on eBay Hornucopia (now Aural) thinks may be his. He posted about these over on PFM which is were I first picked up on them.

Once were mine, I think! wonderful imagery, the speakers do that disappearing thing. a bargain price, as they are +15K euros now.

You are allowed to blow many thousands though. 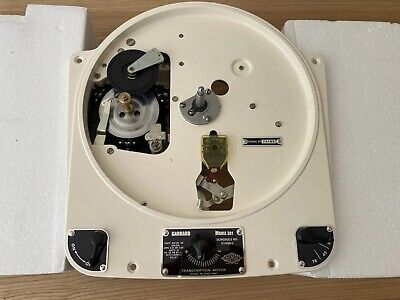 An official Garrard rubber mat (made with original Garrard factory tooling). -An official new Garrard 301 user manual. The circumstances are unusual so warrant an explanation. In 2019 I bought the unit (in excellent condition) and sent it to...

Maybe Paul should’ve kept it under his hat then

No doubt it will fetch a decent price. I remember when I first started looking at turntables and saw a 301 on eBay. I was thinking “yes, I like the look of that old pile of crap but will it be a waste of money?”. When it sold for over a grand I was shocked lol

Same seller is also selling a nice plinth for it.

Interesting to see some detail of the SME 301 restoration.

Just arrived, we have one of the most sought after pre amplifiers currently available today. Very rarely seen on the used Market. In superb condition...

Still playing around with preamps, @crimsondonkey? 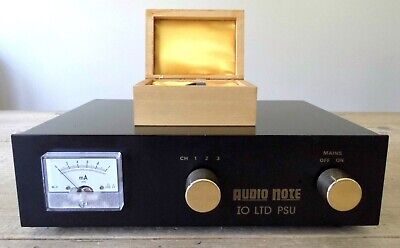 The Io Ltd. takes the design to a totally new level and is unique in its use of an electrically-generated magnetic field. Audio Note Io Ltd. Batteries have recently been changed so should be good for quite a few years.

Will be interesting to see if it goes for more than £5k on ebay, or more likely the auction ends early.