A good friend of mine, who is tired of me whining on about the virtues of hi-fi as opposed to buying a box from John Lewis has challenged me to build him a vinyl based system for circa £600. Sure some of you know this scenario well, I could royally screw up, or come out a hero (most probably the former). He wants to play vinyl and stream, so big ask on this budget, so I have advised him to go S/H. He’s not scared of vintage gear, but wants the best sound achievable.

It’s a shame that Marantz set-up is no longer available.

Having looked at the forums/facebook/ebay here is what I am thinking;

If anyone has gear lying around, especially speakers let me know. I’d like for him to end up with something a more left field than the usual Richer Sounds fodder, but let’s see.

Any help appreciated, or just play ‘Fantasy bargain system’ for kicks. I should add he’s in Bristol, so that may help/hinder.

@stu is selling a Sony ES amp, amongst other stuff. Think he might be moving on his Systemdek too?

I thought the amp was sold, that was going to be my first suggestion.
Think he’ll throw in the horns?

Think he’ll throw in the horns?

Tell your friend the enjoyment is in the searching. The journey not the destination.

if you can get a cheaper amp - rotel 930AX or similar - you could up your speaker budget which would help. 100 on an amp, 250 would get you a rega planar with bias cart or similar leaving over 600 for speakers which could get those Impulse H6s that do the rounds (which are down to 400 now, so mayb a 150 phono stage/better cart…?)

Wow, some man maths in here… 600 becomes 1000…But speakers are the thing. Cheap speakers will let it down badly.

Ah, missed that Cosmo had baggsied it, soz.

If he has space then I could save you some cash with a Yamaha DSP-A2070 amp. A spare full power channel and less money than a 2 channel.

These are the speakers I would go for, if it were my dosh 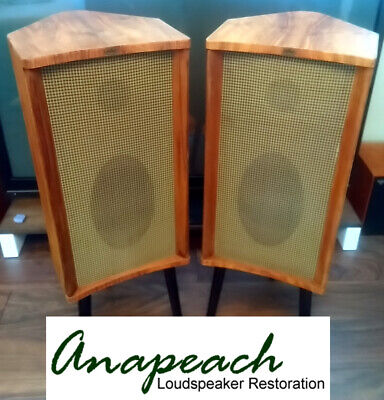 For the TT, I’d be going for an entry rega, if just for ease of use/setup.

Cheap, easy to use, great sounding TT = Technics SL-7, to my mind.

Be honest with your friend, tell him £600 is not enough.
What will he like least? A) coughing up another £500 or B) One or several of the ‘best price’ second hand, bits of kit turns out to be a lemon?

No other forum members have had the pleasure of owning them

They are available though

My first was a Quad/Rogers that came in at around a grand, lower than that seems a struggle, have to agree.

A few Creek 4040s on the bay for £120 quid whih could be a good option. The issue might be the TT, when drek like Pioneer PL12Ds are on there for £150 quid it may take a bit of work to find something worth having.

Sorting out a system for a friend will be a world of pain. Tell him to fuck off and get his own hobby. I hear watches are lovely.

These, a nob sound and a squeezebox

I need to free up funds so as these aren’t being used currently, I’m afraid they’re first in line to go (even though I know I’ll regret it at some point down the line). Wonderful to look at, sublime to listen to, these ‘babies’ of the Direkt range...