I like words and what better way to start a thread on them than this belter from Susie Dent. @htm_1968 @bmtell

Great word, and instructive of the extent to which attention spans have collapsed - from the whimsical double-barreled “frobly-mobly” to the onomatopoeic exhalation that is “meh”… 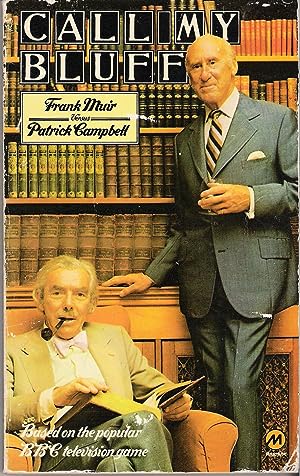 On a related note, Susie Dent is famously nauseated by the word “moist”, which as well as asking more questions than it answers, means that she suffers from a mild form of “onomatophobia” or fear of specific words.

Questionable psychological phenomena that they are, phobias are a goldmine for lexicologists, formed as they usually are by tortuously convoluting assorted Greek and Latin roots into awkward chimaeras, such as “hexakosioihexekontahexaphobia” - which is alleged to represent fear of the number 666…

My daughter is similarly repulsed by “moist”. It’s a banned word around her.

Hmmmm, plans to slip that into a conversation at work

Supposedly it’s the most disliked word in the English-speaking world.

Can I get two days off work with it?

Can I get two days off work with it?

You probably could at my place

Prolly deserve a day off just for mastering its pronunciation!

Prolly deserve a day off just for mastering its pronunciation!

I’m lucky enough to have been raised in a community of Greek speakers. Tying together multiple syllables becomes second nature.

It’s just English I struggle with

Futtock \Fu"ttock, n. [Prob. corrupted fr. foothook.] (Naut.)
One of the crooked timbers which are scarfed together to form
the lower part of the compound rib of a vessel; one of the
crooked transverse timbers passing across and over the keel.

I like this word, mainly because it rhymes with buttock.

My Mrs hates the word “portion”. There’s always a sharp intake of breath followed by “you mean helping”

‘Television’ The word is half-Greek, half-Latin. No good can come of it …

He didn’t grumble, in public at least, about heterosexual and homosexual though.

Hmmmm, plans to slip that into a conversation at work

Perhaps an illustration will help…

My Mrs hates the word “portion”. There’s always a sharp intake of breath followed by “you mean helping”

Anyone who uses the word “portion”. Inevitably said “portion” is too small.

I’m with Jim’s missus on this one.

“When it fell under the rule of a Saxon chieftain named Snot it became known as “Snotingaham”; the homestead of Snot’s people (-inga = the people of; -ham = homestead)”