This is a make or break season for Tua Tagovailoa

Did a lot for his cause today. Incredible comeback win and his 6 TD passes ties legends Bob Griese and Dan Marino for most in a game by a Dolphins QB

Tremendous 4th quarter , got to keep the momentum going for the Bills next week.

Always a huge game for both teams, great rivalry there.
Good luck with that one though, the Bills look like the strongest team in the AFC this season

Wish we had that game here!
To be honest I should have been watching Red Zone rather than the Buccs/Saints game.

Hope Lance isn’t a broken leg.
Not many teams have a Jimmy G as a second string QB

Niners are calling it an ankle injury, nothing specific yet.
There were a lot of calls for JimmyG to start this game after Lance’s underwhelming game at Chicago 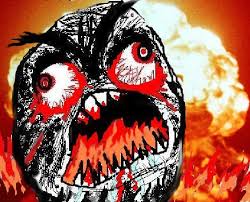 Really pleased for the Jags and a bit worried for the Colts. Matt Ryan doesn’t look like an upgrade from Wentz.
Great comebacks by the Dolphins and the Jets.

Tie and a loss to two weak teams (Texans and Jags), and they get KC next week. Not looking good for the Colts.

Something in the Gatorade today, the Falcons nearly came back to take out the Rams

Can’t believe I’m posting this, but “Go Raiders”. Need them to win by more than 4 points

The highlights of Kyler Murray in Q4 were incredible. Tough on the Raiders to lose like that in overtime.

Steelers can’t stop the run, they’ve proved that 2 weeks in a row (and all last season). Watching them try to handle Nick Chubb was almost comical.