SOYS: State Of Your System

She said the list of work will be in the box

Their valves are only like £16 each or so, could be that. Wait and see I guess. 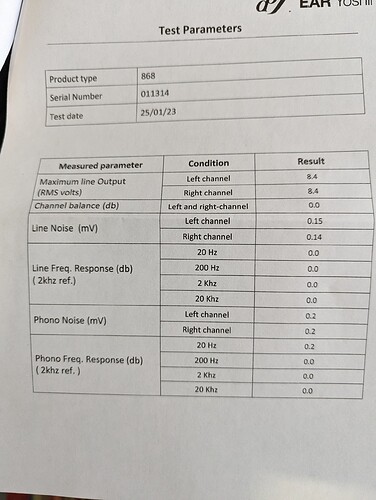 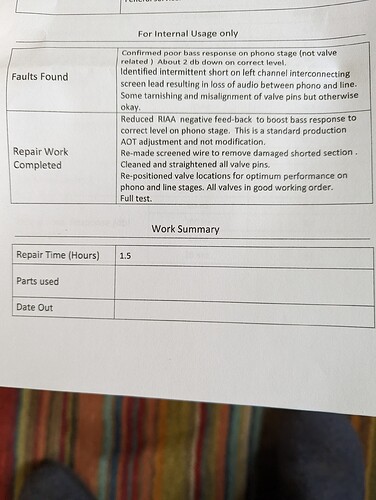 Want it before I chuck?

Mostly mine consist of ‘ it was broke, I fixed it’.

If you took it to Jim’s he wouldn’t need a power amp.

12 dB gain which I think is normal?

It’s been nearly ten years since I bought the AVID (it turned up for a review at the ‘old place’ and it was sufficiently useful I wound up putting in an offer for it). It’s just had another mild refit.

First up is a new sub platter. Mine had the older type which a flat top. This one has indents which allow for bolts to be attached to the metal platter and married together. A new bearing went in at the same time so the sapphire and bearing are both new. 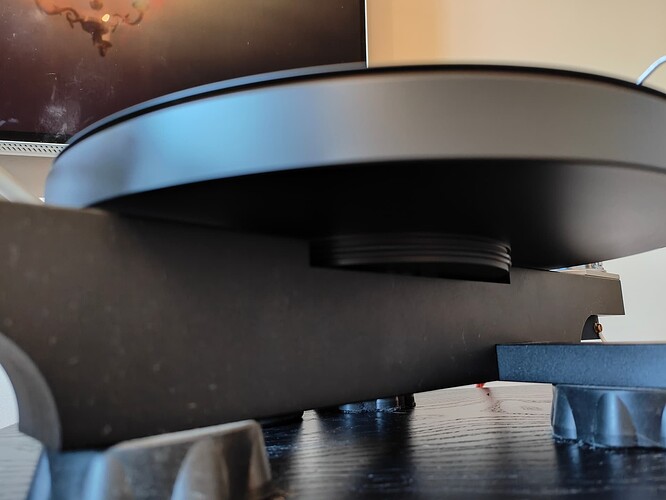 Around the back (technically the front because this AVID is backwards and has been for years because it’s easier to change headshells on the SME this way around) is a new motor which also has a twin belt pulley. 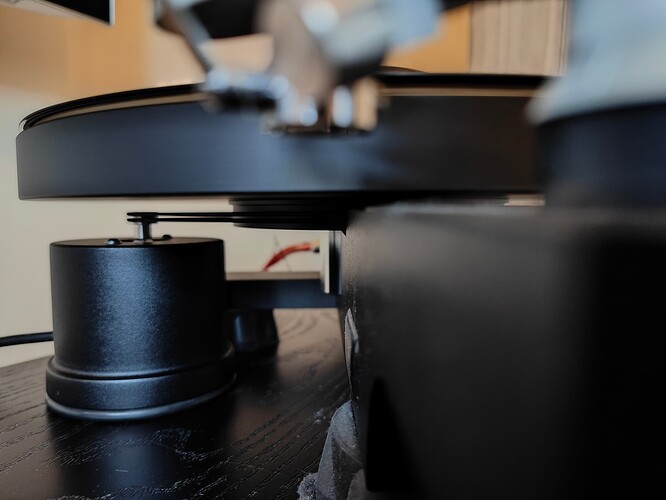 This motor now has an external PSU with electronic speed control. I’ve only been asking for this for ten years so it’s nice to finally have one. 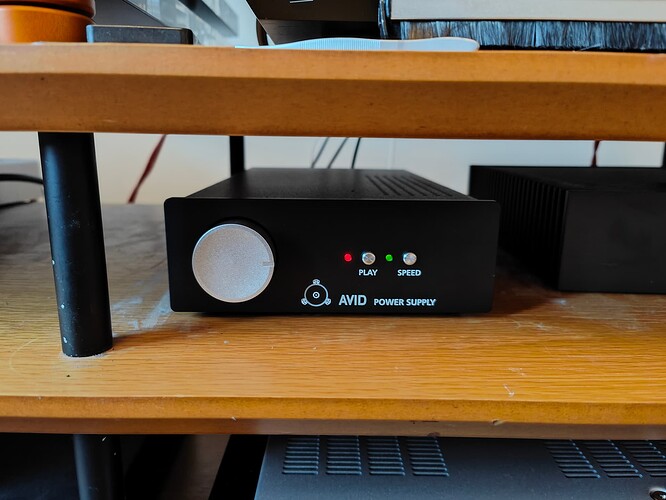 This does mean that in ten years of ownership, the only original parts of the unit are the main chassis, the clamp and the feet but it does mean it’s a rather more capable bit of kit than it was in 2013. Fun fact, it’s the only asymmetrically drilled (Rega one side, SME on the other) Ingenium Twin ever sold in the UK. All the others went abroad and then Conrad got annoyed drilling them to order so most (a relative term as they didn’t exactly fly off the shelves) have the same mount on both sides. 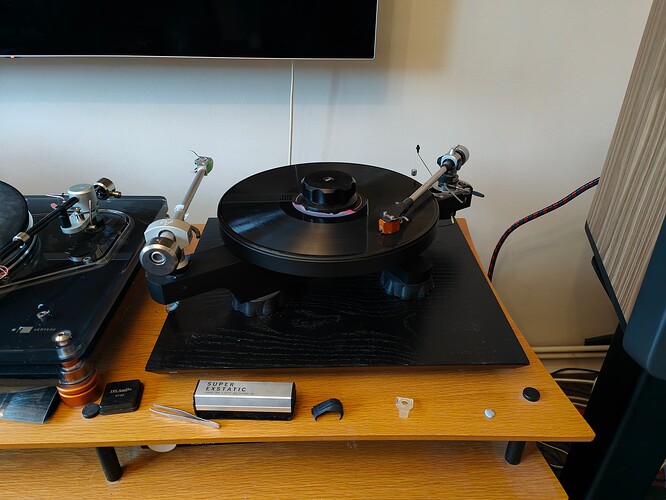 Always liked the look of that, and iirc they were sanely priced by Avid standards. Was it just the twin-arm version that didn’t sell well, or the model in general?

Standard, single arm Ingeniums sold pretty well and the simplified ‘Plug & Play’ version that remains on sale, does good numbers too. The Twin was a tougher sell because the demand for such a thing is always going to be fairly modest and, unlike a few options that have detachable arm boards and the like, the Twin came out the box with two accusing holes for where arms should go. The fact that many of them were drilled for two SMEs (which even before they went full weird, weren’t exactly given away) didn’t help. I’m very fond of this one though; it’s a great bit of test hardware.